The Shipka National Park – Museum is located on the Shipka peak (1326 meter altitude) in the heart of the Central Balkans, 28 kilometers from Kazanlak and 22 kilometers from Gabrovo. This is a unique historical reserve, which keeps the memory of important events in Bulgarian history.
The park includes 26 restored monuments, trenches and dugouts of the defenders of Shipka Pass from the war between Russia and the Ottoman Empire. The oldest monuments in the museum park are Russian, built from 1878 to 1881. Other Bulgarian monuments were built later, including the Freedom Monument, the largest in the park. Its silhouette is visible from tens of kilometers away and resembles a medieval Bulgarian fortress. Funded by donations of the Bulgarian people, the monument was unveiled on August 26th, 1934.
890 steps lead to the structure with a height of 31.5 meters. A large bronze lion, the symbol of the Bulgarian state guards the entrance to the monument. On the monument there are inscriptions of the names of Shipka, Stara Zagora and Sheinovo, the main battlefields in defense of the pass. Here, an epic defense took place, against an opponent five times in size. It was a heroic stand that sealed the fate of the war.
On the ground floor, a marble sarcophagus holds the bones of the defenders of Shipka. The sarcophagus was placed upon four stone lions, and in front of it are statues of a Bulgarian volunteer and a Russian soldier.
In the seven floors of the museum you can find personal properties of the soldiers and volunteers (medals, photographs, weapons and documents related to the battle of Shipka). The museum keeps a copy of the Samara flag, the battle flag of the Bulgarian volunteers. The terrace on the top floor of the building has a beautiful view of the surroundings. 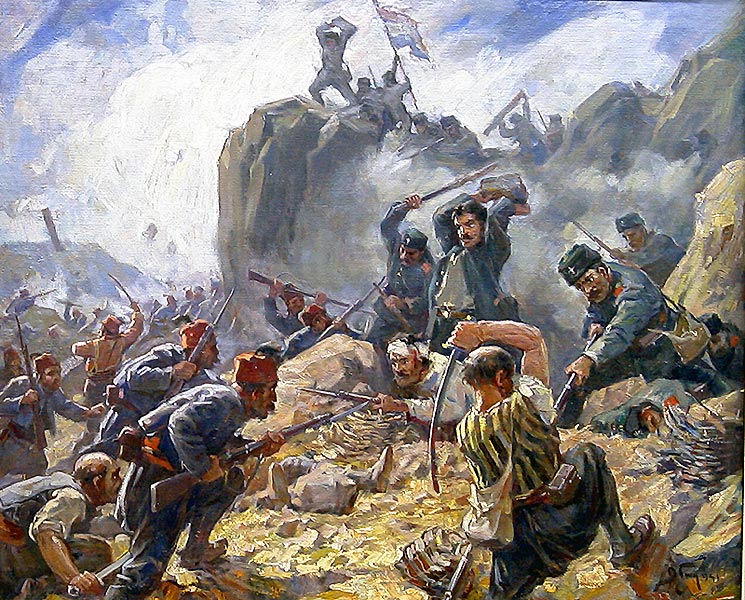 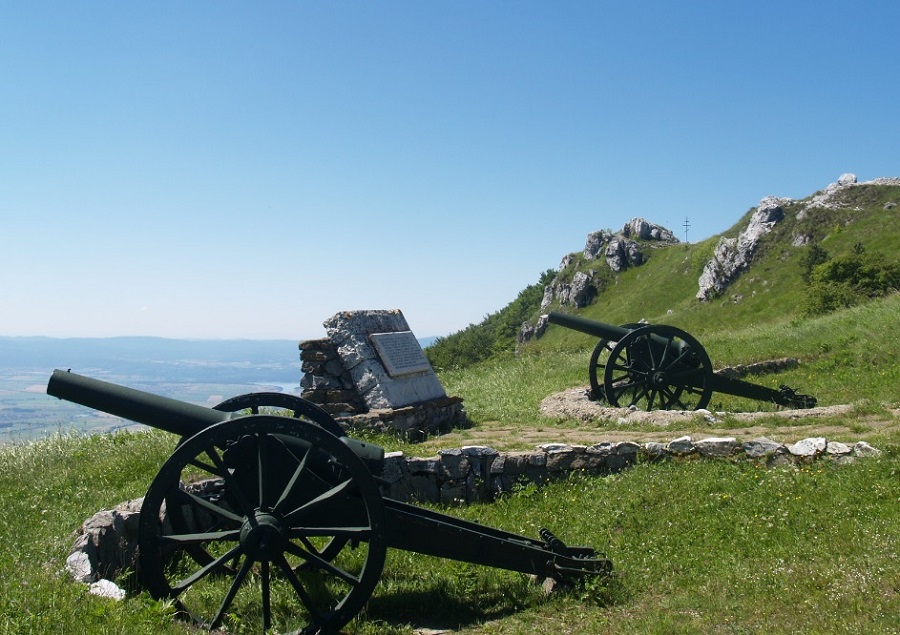 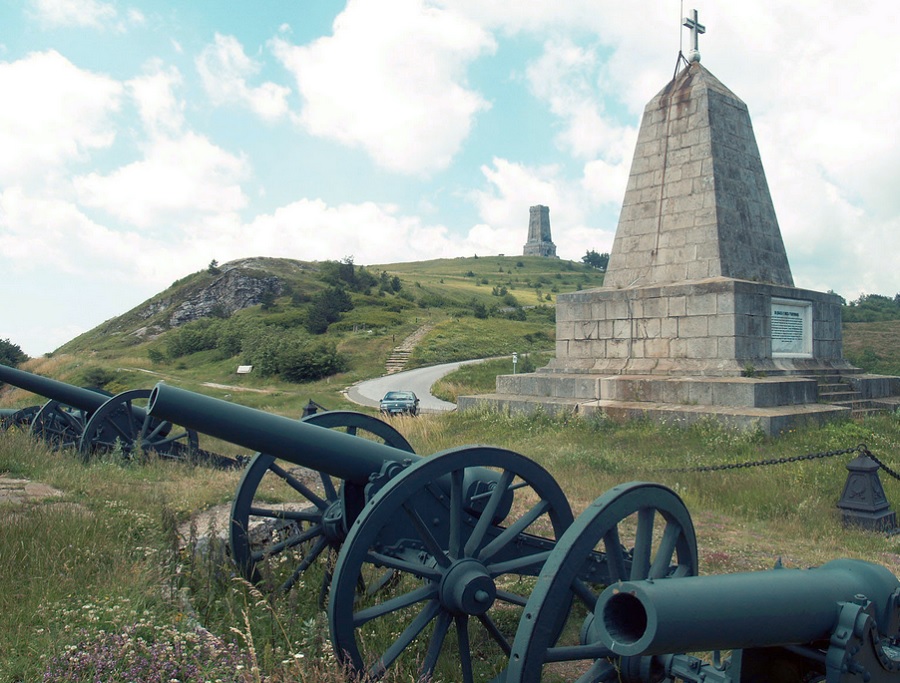 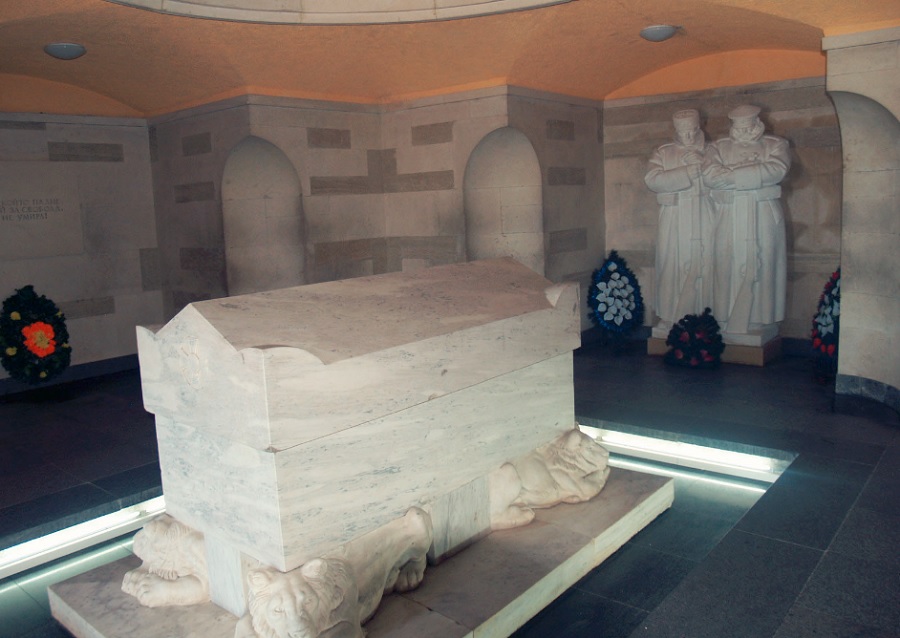 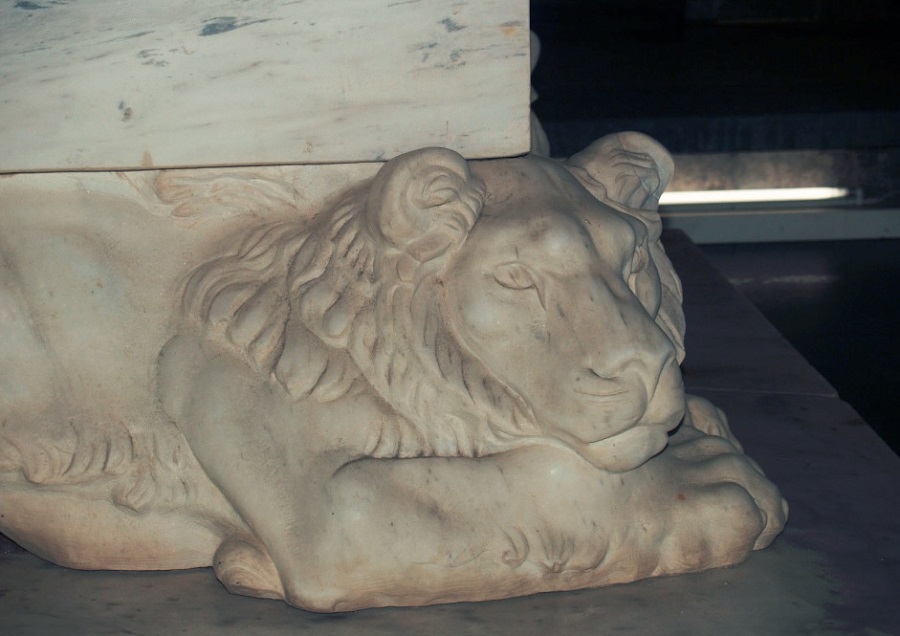 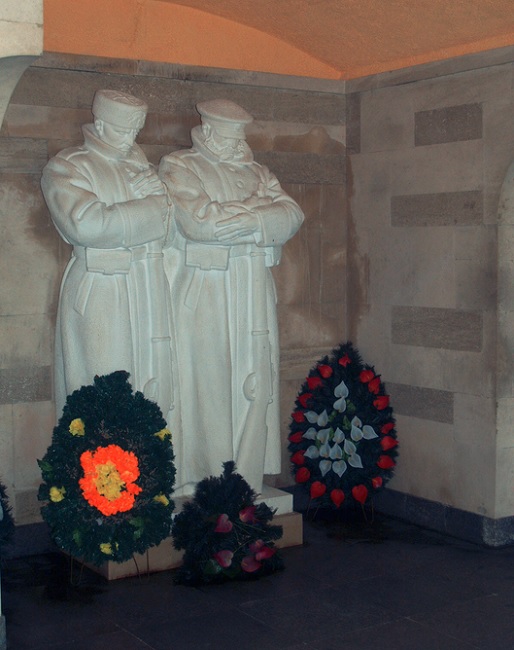 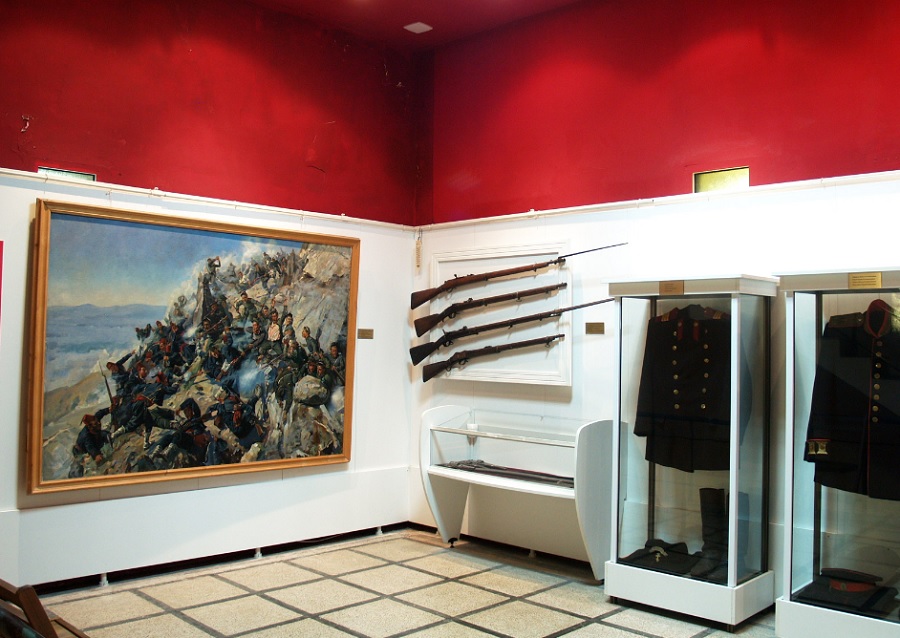 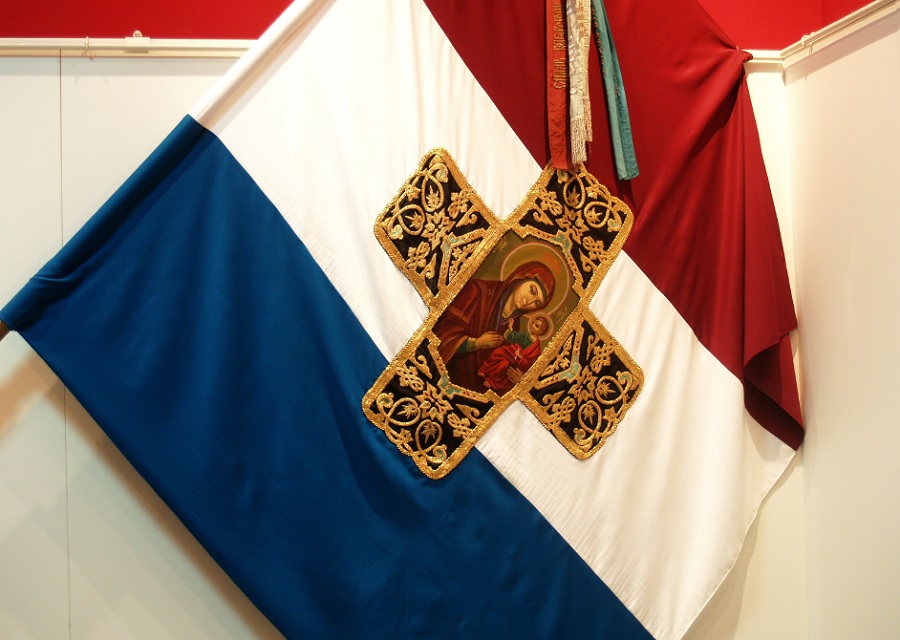 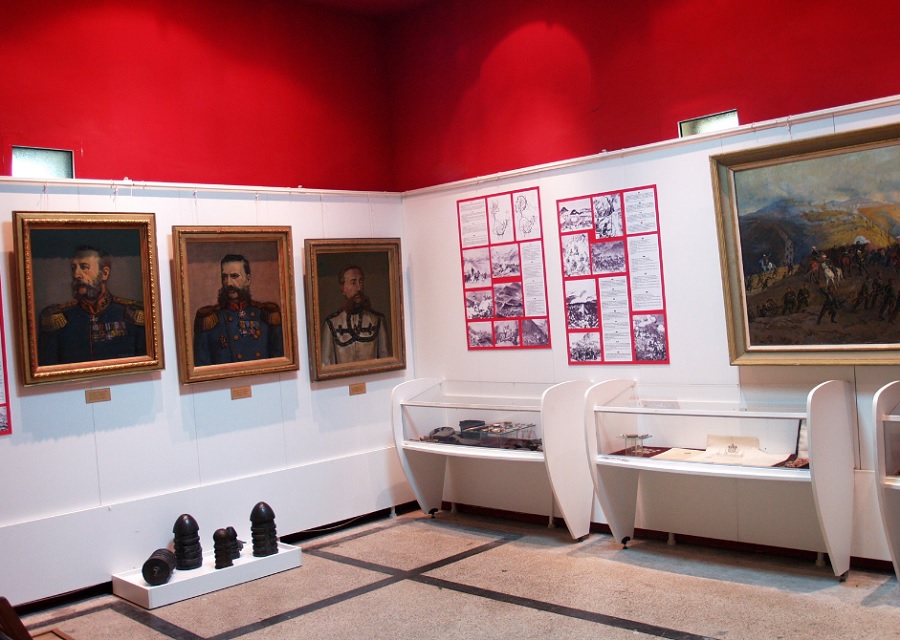 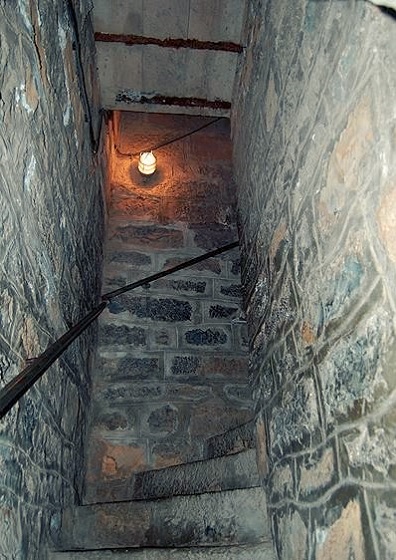 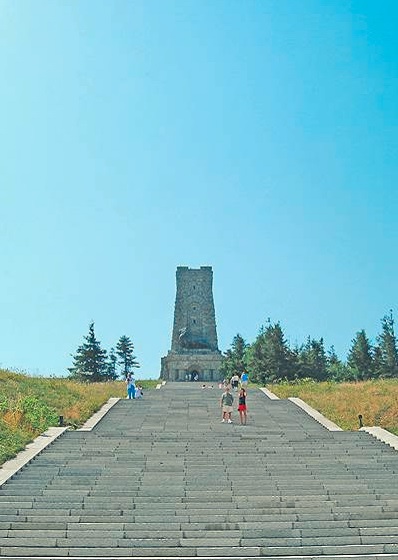 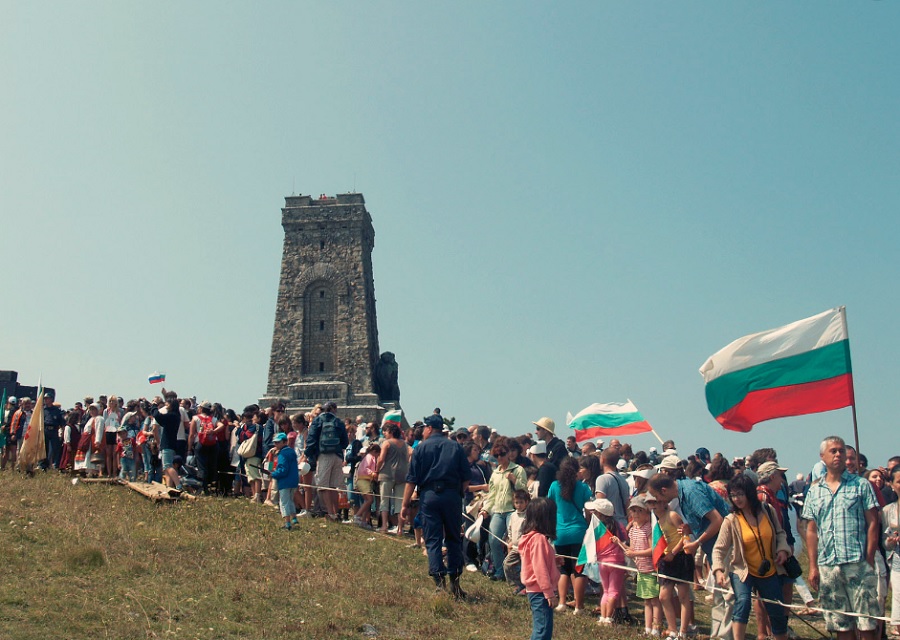