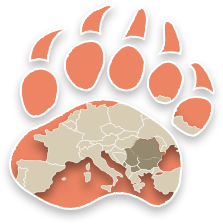 Your trip in Romania

Imagine beaches, ski slopes, the Sistine Chapel of the East, the Arcul de Triumf, mountains, plains and valleys, and the beautiful Northern Balkans. You can find all of this in Romania, a mysterious land where adventure awaits you! This is a country with a variety of landscape, and lots of opportunities to see and do many interesting things. If your desire is to reconnect with nature and its wildlife, you can visit various parks and biosphere reserves protected by UNESCO, such as the Retezat Rodna Natural Park, the beautiful Danube Delta, as well as various gorges and mountains, which attract many visitors with their nature and charm.

In addition to ecology, Romania also offers the Black Sea coast, famous spas in the Balkans, and an especially rich history and culture, with destinations such as the painted monasteries of Bukovina, the numerous castles and fortresses of Transylvania and legends, such as that of Count Dracula. Romania has long had close ties with France, especially with writers, poets and philosophers. For this reason, Bucharest is also referred to as the “Little Paris of the Balkans”.

Let yourself be rocked to sleep by the sound of dripping rivers throughout the valleys, and wake up to a beautiful mountain view with birds singing in the morning! Adventuring in Romania is a prerequisite of immersing yourself in a different world, making new friends, and also learning about the lifestyle of the locals, who have preserved the folklore and traditions, while also embracing the innovations following the fall of totalitarianism in December 1989, which gave Romanians a free and democratic nation, and began the process of the country acceptance into the European Union in 2007.

Romania is a lively country filled with emotion, and is ready and willing to share! Do not hesitate to embark on the adventure of your life, and discover this magical and mysterious country.